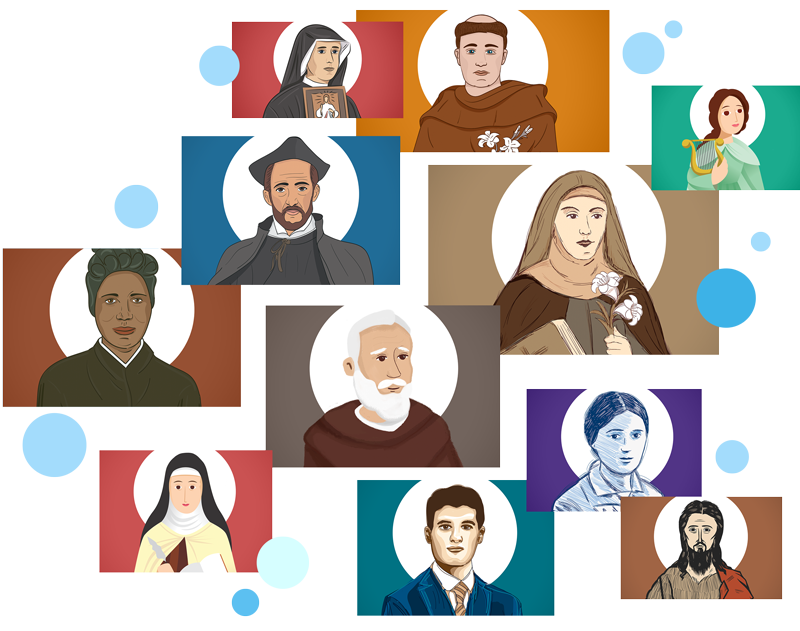 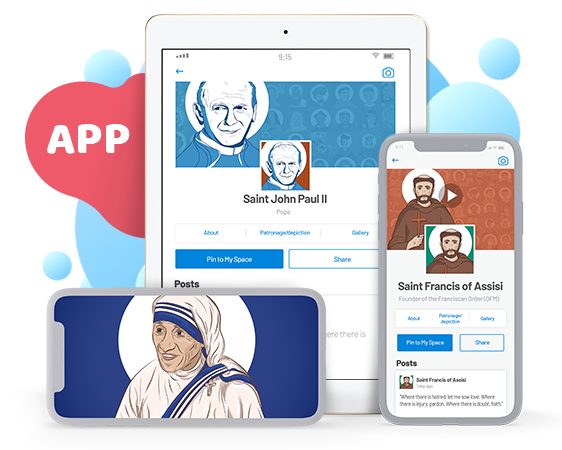 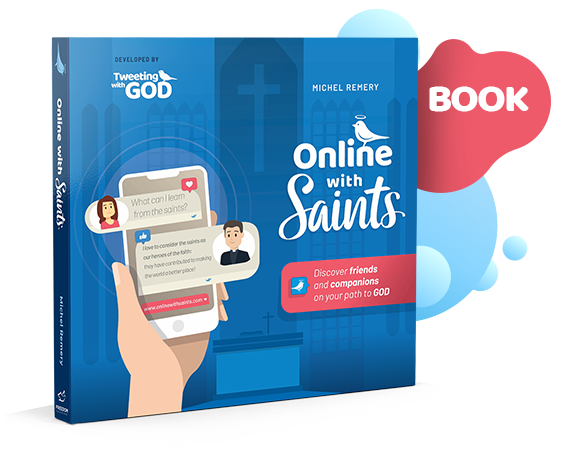 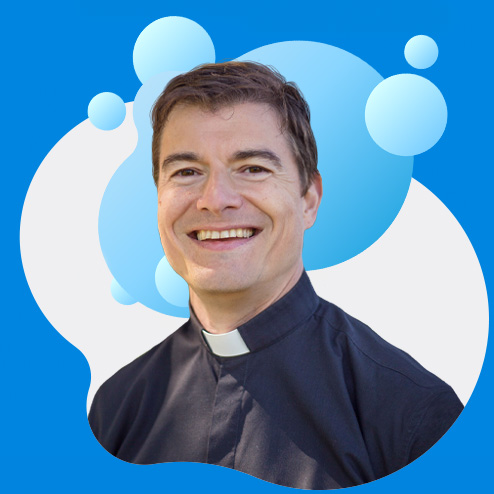 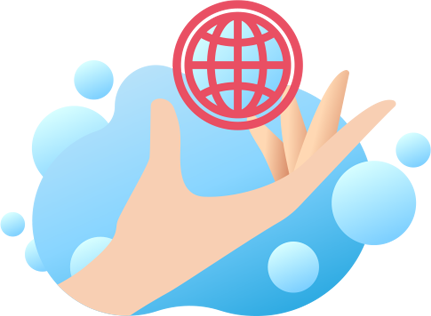 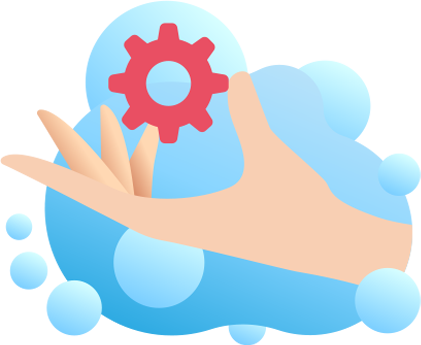 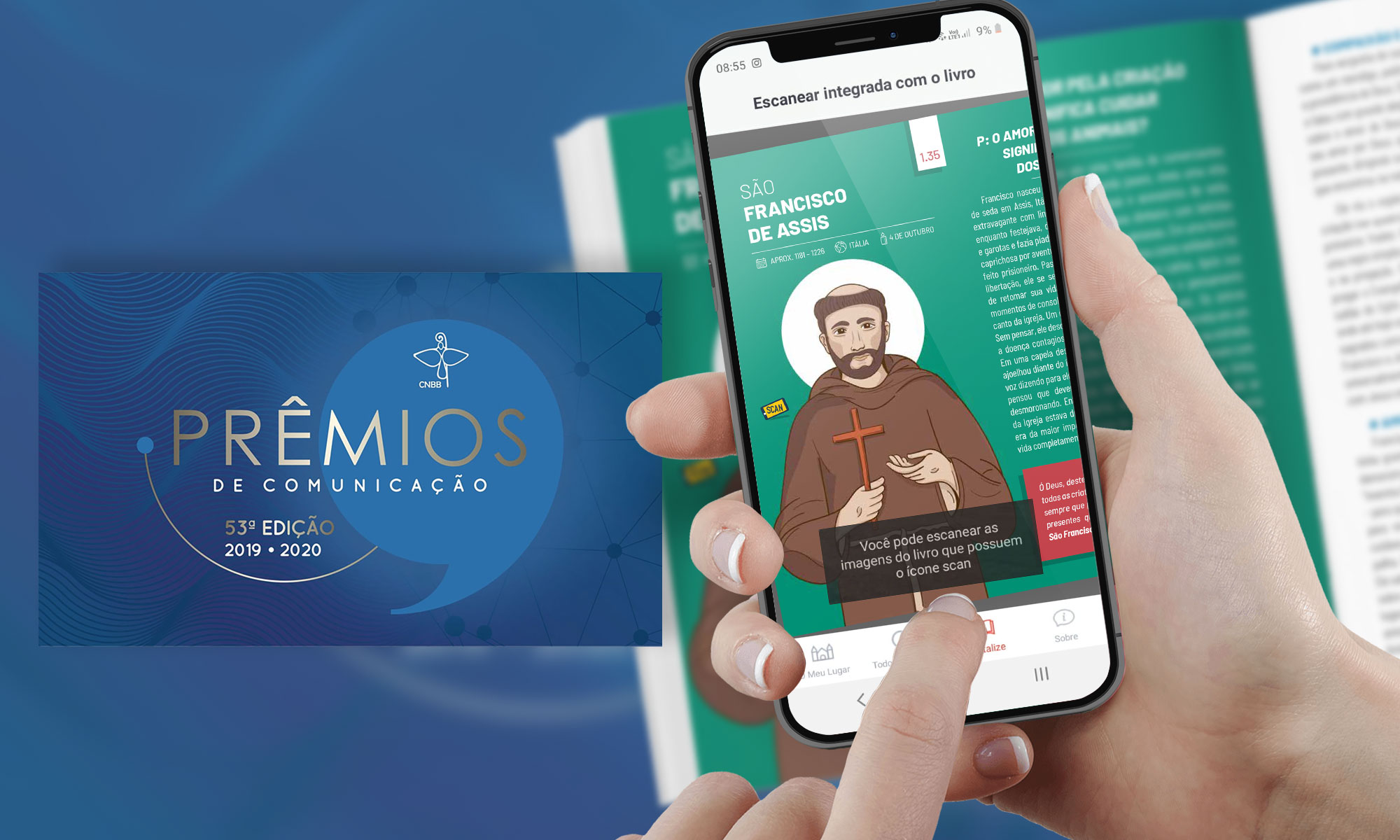 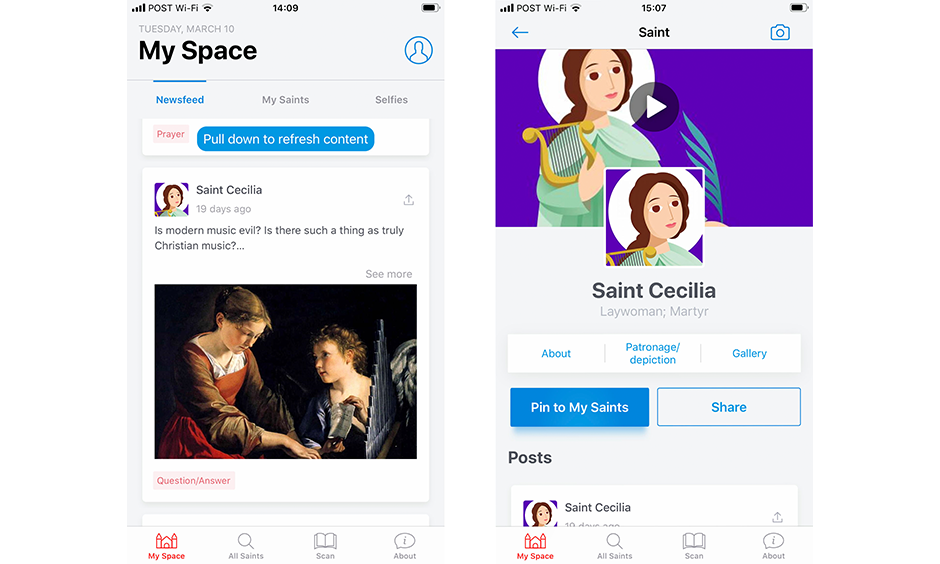 John came from Pomuk, Bohemia, in today’s Czech Republic. He studied in Prague and Padua, Italy, before he was ordained a priest and appointed parish priest in Prague. He was intelligent and wise, but above all a great believer in the love of God, and he was a humble man. Soon he started to rise in importance within the local Church, until he became vicar-general. People came from far away to listen to his passionate homilies in the cathedral. King Wenceslaus IV had become cruel and capricious in his reign, and was in constant battle with the Church. One day, the king ordered John to be tortured in a terrible way on the Charles bridge in Prague. He was then thrown into the river, dead or barely alive. This is why you can find John’s statue on some bridges today. The exact reason for this atrocity is not known. Was it because John had signed the appointment of an abbot against the wishes of the king? Or did the king want to deprive the bishop of one of his most important assistants? #SaintJohnNepomuk #JohnNepomuk #catholicsaints #onlinewithsaints

Saint John Nepomuk 🙏 Prayer: O God, John lived and died for his priesthood. Help me meet you regularly in the sacraments that you want to give me through the ministry of priests. Saint John Nepomuk, pray for us! #SaintJohnNepomuk #JohnNepomuk #catholicsaint #onlinesaints

Joselito was born in Sahuayo, Mexico. When he was 11 years old, the Mexican government initiated a strong persecution of Catholics. Churches, schools and convents were confiscated, while priests and religious were exiled or cruelly executed. When two years of peaceful opposition to the anticlerical measures did not produce any result, the Mexican people rose up violently against the government. The rebels called themselves Cristeros after Christ the King. They fought for their religious freedom. When his brothers joined the rebel forces in 1926, Joselito wanted to follow their example to defend Jesus and the Church, but he was considered too young. Joselito insisted, and finally was allowed to be the flag bearer of the standard of the Virgin Mary of Guadalupe. Young as he was, he encouraged his fellow rebels by his confidence in God and with his prayers. One day, when his general’s horse was shot, Joselito gave him his own horse. On foot, the boy could not get away in time and was captured by government troops, who imprisoned him in his parish church. His capturers offered him freedom if he would renounce his faith, but Joselito cried out: ‘Never, never! I would rather die! I do not want to join the enemies of Christ the King! Shoot me!’ He was tortured to make him change his mind. They cut the soles of his feet and he was forced to painfully walk to the cemetery. He was violently chopped with a machete, but still he would not renounce his faith. Just before he died, he drew a cross in the dirt on the ground and kissed it. #JoselitoSanchez #joselitosanchesdelrio #méxico #catholicsaints #onlinewithsaints

Saint Joselito Sánchez 🙏 Prayer: O God, Joselito was faithful to Jesus and his faith even in the face of death. Help me to find the courage to stand up for my faith also when confronted by others. Saint Joselito, pray for us! #SaintJoselitoSánchez #joselitosanchez #catholicsaint #onlinesaints