How the Saints can help us live this Easter tide 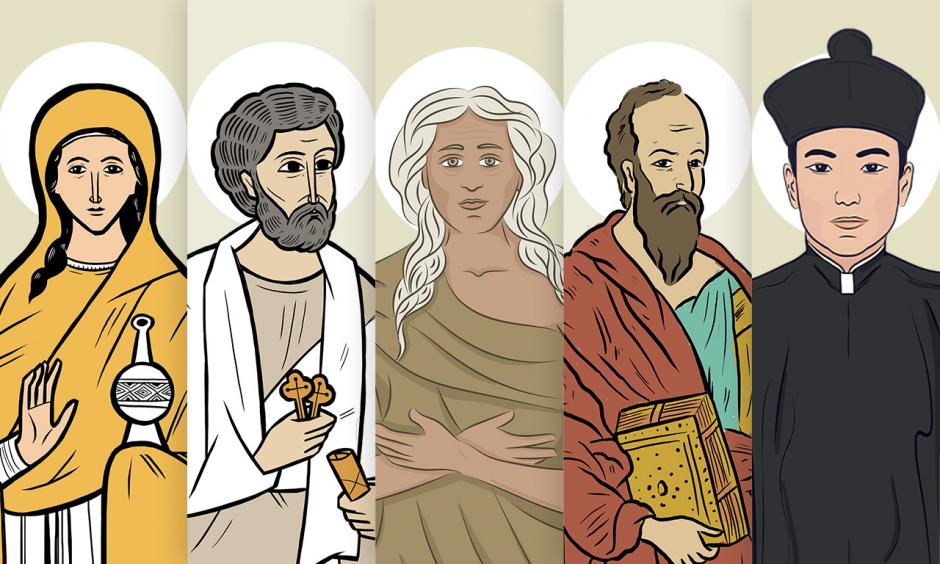 Easter is the most important feast of the liturgical year. Because Jesus rose on a Sunday, every Sunday is somewhat like Easter: a day we remember and celebrate his Resurrection. St. Paul wrote: “If Christ has not been raised, your faith is futile and you are still in your sins” (1 Cor 15:17). But Jesus has risen: that is the great joy of Easter.

The saints are in heaven, where they continue to live with God forever, praising him and praying for us. They reached their final destination for one reason only: they share already now in the resurrection of Jesus. Even though they are saints, they were sinners during their lives on earth. Through his sacrifice and death, Jesus obtained forgiveness for their and our sins. Here are 5 saints that can inspire you in particular during this Easter season.

Saint Mary Magdalene: a witness of the resurrection 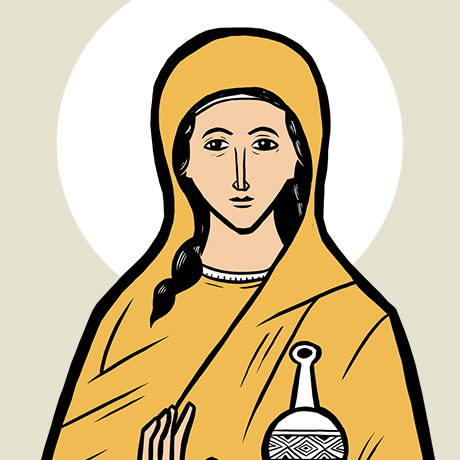 Mary Magdalene was one of Jesus’ most faithful followers. She is mentioned over 12 times in the Gospels, which is much more than many of the Apostles. Unlike the great majority of the male Apostles, Mary Magdalene stood firmly at the feet of Jesus’ cross at the moment of his greatest agony. After his resurrection, he did not show himself first to the Apostles, but instead turned to the women who came to care for him even in his death. The scene of Jesus’ meeting with Mary Magdalene in the garden of the tomb is very beautiful and powerful (Jn 20:1-18). Jesus made her a key Apostle, who was chosen to bring the news of his resurrection to the eleven Apostles!

Pope John Paul II called Mary Magdalene the ‘first witness of the resurrection’ (21 May 1997). Pope Francis referred to her as the ‘Apostle of the new and greatest hope’ (17 May 2017). The testimony of someone who was as close to Jesus as she must have been very powerful. And so can yours if you grow in your relationship with Jesus. 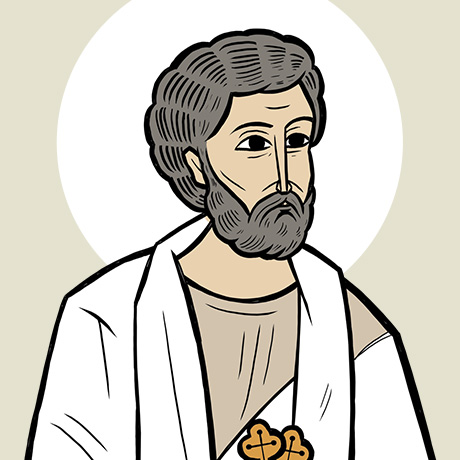 Simon Peter was a very unlikely saint! Although he was an enthusiastic follower of Jesus, he often spoiled things because of his impetuous behaviour. Jesus made Peter the first pope, calling him the rock on which he wanted to build his Church — the Greek word ‘petra’ means ‘rock’ (Mt 16:18-19). The evening of the Last Supper, Peter assured Jesus passionately that he would never leave him (Mk 14:18-31). But only a few hours later he felt how dangerous it was to admit his faith, and three times he denied that he knew Jesus (Mk 14:66-72). After hearing of the resurrection, he ran off to the tomb to confirm the story - and by finding the empty tomb he is amazed by what is happening! Saint Peter’s unlikely example can console us all: no-one is too human or too flawed to become a saint! 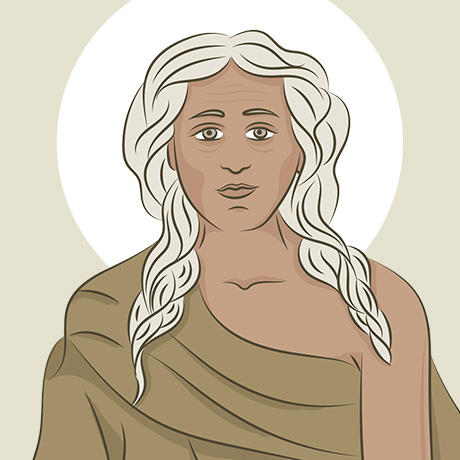 Mary was born in Egypt, ran away from home at the age of 12, and went to Alexandria. She danced, sung, and worked as a prostitute for 17 years. One day she decided to travel to the Holy Land, willing to pay her passage by offering sexual favours. In Jerusalem, she felt held back by an invisible force when she tried to enter the Holy Sepulchre. Being very honest with herself at this instance, she realised she was not worthy to enter this holy place of the death and resurrection of Jesus. Crying bitter tears, she dearly wanted to change her ways. After confessing her sins and receiving communion, she withdrew into the desert. There she lived for nearly 50 years in complete solitude, finding profound joy in her life of prayer and dedication to God alone.

This Easter Season, Jesus invites us to visit his Sepulchre, but wants us to be clean and pure of heart. Not all of us will experience what she did, but Mary shows that it is possible to overcome your lustful thoughts and feelings. The importance is to get up again, to confess your sins, and continue to live your life with Jesus. In him you will find the strength to overcome everything.

Saint Paul the Apostle: an encounter with the risen Lord 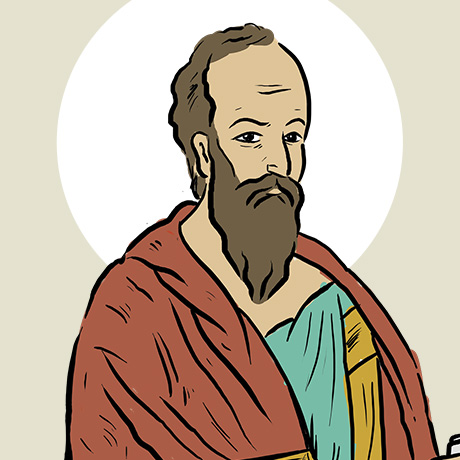 Paul was one of the most fervent persecutors of the first Christians, so as to protect ‘the tradition of his fathers’ (Gal 1:13-15). Unlike Peter and Mary Magdalene, St. Paul did not witness the empty tomb. One day, as he was travelling to Damascus, he had a dramatic encounter with the risen Lord. This deeply affected him and brought him to convert to Christianity. He is considered an Apostle, even though he never met Jesus during his earthly life. Paul became one of the most fervent preachers of the salvation and love that Jesus wants to bring to everyone indeed.

Paul’s experience and personal calling is unique - and so is yours! This Easter Season, Jesus calls you for a specific task in the community of the Church. From all the possibilities, which calling is yours? You can find the answer deep in yourself. 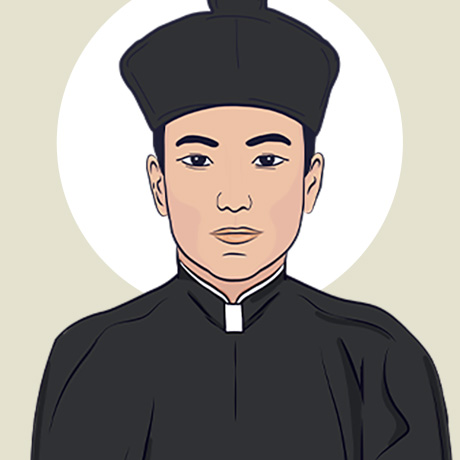 The Korean Church is founded on the missionary work of lay faithful, who studied and shared the faith together. The local rulers did not like Christianity and considered it a foreign influence. Many Christians were martyred in horrid persecutions. But their number kept growing. The first Korean to be ordained a priest was Andrew Kim Taegŏn. He was executed a year after his ordination, just as thousands of others were in the course of that century. 103 of them were officially declared martyrs for the faith. This means that they are already experiencing the result of the resurrection of Jesus, who said that everyone who believes in him will live forever with God in heaven!

Andrew shows that not our earthly life, but our future life with Jesus is the most important. Are you ready to accept some persecution because of your faith, rather than giving it up as some people may be asking of you?

Through his resurrection, Jesus opened the path towards heaven, not only for the saints, but for each of us! As they have found the way before us, let us follow in their footsteps on our way to eternal life in heaven. We invite you to learn more about our friends in heaven with "Online with Saints"! 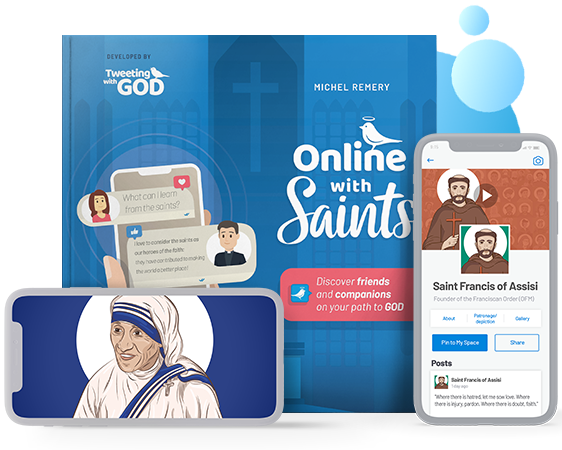 ●  Discover saints via a their Social Media

●  Get a lot of life experience with their stories

●  Scan the book with the app to find associated content

We need your support

Join us in prayer

Be part of our international prayer network

Make a difference! Join us as an Online Missionary! 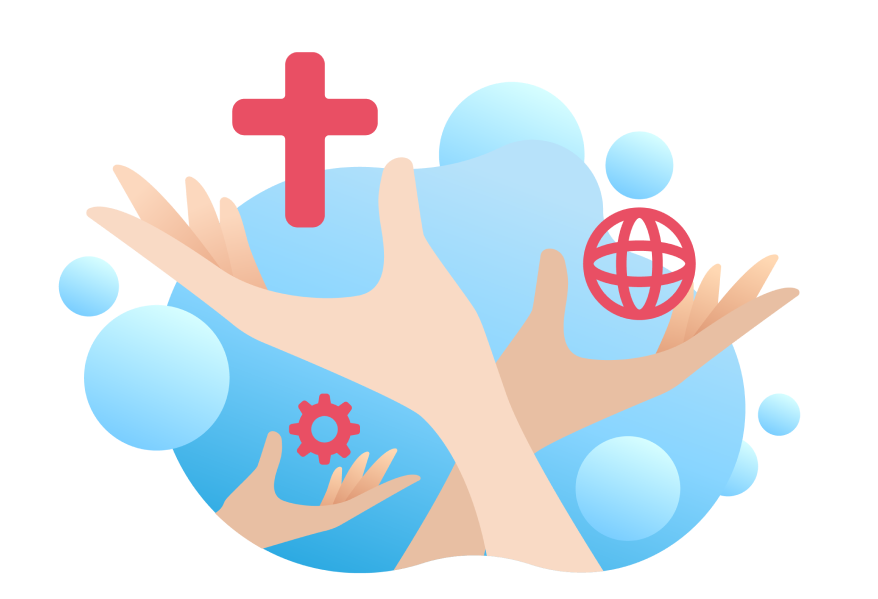 Stay up to date with our initiatives